Here are some independent reviews given for the Fatal1ty Z170 Gaming K6 Motherboard.

Note: Do note that some reviews are for the K6+ model, which comes with an additional front panel with two USB 3.1 ports (one Type A and one Type C) to be installed at a 5.25” bay. Everything else is the same.

The ASRock Fatal1ty Z170 Gaming K6+ is a very complete motherboard, targeted to the enthusiast that is building a gamer computer or workstation, using a sixth generation (“Skylake”) Core i3, Core i5, or Core i7 CPU, but do not want to spend a small fortune on a high-end motherboard.

Actually, offering a high-end audio and network interfaces, eight USB 3.0 ports, two USB 3.1 ports, eight SATA-600 ports (supporting up to two SATA Express connectors), and an M.2 slot (accepting both SATA-600 and PCI Express 3.0 x4 SSDs), the only thing that lacks on the Fatal1ty Z170 Gaming K6+ to be called a high-end motherboard is a slot configuration that could support SLI with three or four video cards and Crossfire with four video cards.

The motherboard also comes with an amazing panel with two USB 3.1 ports (one Type A and one Type C) to be installed at a 5.25” bay, using a SATA Express connection. Notice that there is another version, the Fatal1ty Z170 Gaming K6 (without the “+”) that is the same motherboard, but does not come with this panel.

So, if you are building a desktop computer based on a sixth generation Intel Core i CPU, and don’t intend to install more than two video cards, the ASRock Fatal1ty Z170 Gaming K6+ is a great motherboard.

For the full detailed review:
http://www.hardwaresecrets.com/asrock-fatal1ty-z170-gaming-k6-motherboard

The Fatal1ty Z170 Gaming K6+ is a potent performer, whether you run your components at stock speeds or overclock them, and there’s ample connectivity to plug in multiple disk drives and peripherals without sacrificing speed – other Skylake boards we’ve seen still include slower USB ports, so it’s great to see AsRock completely switching over to USB3 and even USB 3.1 if you have compatible hardware. The F-Stream utility is a useful inclusion, although we expect most serious overclockers to ignore it in favour of the comprehensive UEFI BIOS. It overclocks well, but when MSI’s Z170A Gaming M5 outperforms it for a similar price, it isn’t quite an award winner.

For the full detailed review:
http://www.expertreviews.co.uk/pcs/motherboards/1403690/asrock-fatal1ty-z170-gaming-k6-review

I think that ASRock’s Fatal1ty Z170 Gaming K6+ is one of the finest motherboards in its price range. One of its crowning features is the convenient front USB 3.1 panel that is provided, but the cheaper Gaming K6 version is available if that accessory is not needed. Smart design choices that are implemented to a high standard are what makes ASRock’s Fatal1ty Z170 Gaming K6+ such a user-friendly motherboard.

For the full detailed review:
http://www.kitguru.net/components/motherboard/luke-hill/asrock-fatal1ty-z170-gaming-k6-motherboard-review/ 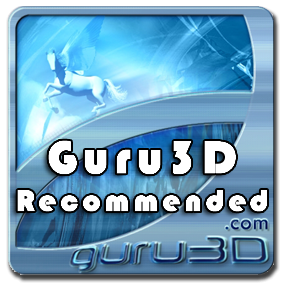 ASRock slowly and steadily is playing in the big league of the motherboard arena. Todays review is a perfect example of a motherboard that offers high-end features and decent tweakability. Combine the six SATA 6 Gbps ports, the KillerNIC Ethernet interface and the 7.1 channel HD audio as delivered by the high-end Realtek ALC1150 codec and we already are happy. Z170 motherboards offer you everything and anything you need from an enthusiast class Skylake desktop processor platform, in terms of features, multi-GPU support, USB 3.0/3.1, SATA3, PCIe Gen 3.0, ease of tweaking and sure, the design and component selection is done well. We would have liked to seen one extra NIC and added AC WIFI though.

Overall we feel this is a very nice motherboard that will appeal to the high-end PC gaming crowd that likes to overclock a bit as well. Combined this Z170 motherboard, a kickin’ graphics card, some snazzy memory and an SSD this setup is Windows 10 and DirectX12 ready to frag away in your gaming experience. If you want to rule it all and have no budget restrictions, Haswell-E with 6 or 8-cores still rocks the best IMHO. We think the ASRock Z170 gaming K6 / K6+ is a terrific build and thus product. It has a nice feature-set, overclocks (if your CPU allows it) pretty well and is offering a nice audio solution. Worthy of our recommended award.

As you’d expect from ASRock, memory overclocking with the K6 is great. The motherboard is said to support frequencies of up to 3,600MHz and indeed it does. There aren’t many kits that are rated at this frequency, but in my testing I confirmed frequencies of up to 4,000MHz on the K6. Such frequencies don’t make much difference when gaming with a discrete graphics card, but for content creation and encoding/transcoding of video, the memory performance has a measurable impact. The only downside to all this memory tuning is that as of BIOS version 1.20 the K6 is not capable of operating at 1N/1T and you will only receive the POST CODE error “55” when attempting to configure memory in this manner. We do hope that it will be sorted in a future BIOS revision.

Overall this is a good motherboard and certainly better than many for the Z170 platform at the moment. It’s a solid offering with one the best prices for this class of motherboard and is highly recommended.

I came to the conclusion that the test motherboard ASRock Fatal1ty Z170 Gaming K6 which today is known designed for those gamers leg particular strength is not great, but the only exterior but also the full performance of overclocking. Blog is good enough with those devices in standard ASRock Super Alloy excellent selection of equipment, whether it is power Digi Power, 12 Power Phase Design which still has the power to visit, including those featuring various devices. appease gamers whether Killer LAN, Purity Sound 3 Gaming Armor and use it to the full, really. See the section of the design but it is still a form of ASRock Fatal1ty focused tone black and red beautiful but the heat sink cooling in the ASRock has used aluminum alloys are good enough to vent. The fire in the heating phase with both the PCB and durable than the income from the short circuit protection with it. That is not only beautiful on the job really well. Price is approximately Baht 7XXX I think it is not very high if combined with performance features that make this worth a lot. So if you are an alumni game like motherboard to feature a strong statement in no more than ten thousand ASRock Fatal1ty Z170 Gaming K6 is particularly interesting here. Au revoir to review new devices, the update has been watching all day Vmodtech.com

is the big brother to the budget K4, if you feel like you need the features that were missing on its younger sibling and you want to spend a little extra, then you will not go far wrong with this Z170 motherboard.

The ASRock Fatal1ty Z170 GAMING K6 arrived at pcG in a large black cardboard box, flaunting the new Praying Mantis logo in the top left corner. The motherboard was packaged well in its foam tray and antistatic bag and the rest of the box contents sat on the cardboard tray above the board itself. You could have wished for a bit more thought to have gone into the presentation to be honest, everything kinda just shuffles about in the box with no real place to sit, but there you go, what’s inside is most important.

The layout of the board is much as you would expect, at least they have not chopped of an entire edge like they did with the budget Fatal1ty Z170 GAMING K4. There are a lot of great features like the Power/Reset buttons, BIOS chips, Debug LED, Gaming Armor, Ultra M.2 port, USB 3.1 (type A and type C) and the fact that it supports both AMD’s Crossfire technology and comes Nvidia SLI Ready. The design of the board definitely comes with plus points, it is nice to see that some thought is going into how motherboards look and not just how they perform. I would have liked to have seen a bit of illumination but the Praying Mantis logo more than makes up for it.

When it came to performance the ASRock Fatal1ty Z170 GAMING K6 did not let me down during my time spent when Gaming, Overclocking and testing. The figures it produced matched or did slightly better than some of the other Z170 based boards that we tested before. Overclocking the Intel Core i5-6600K Skylake CPU was a pretty easy task, just a few settings (please see above) needed tweaking in the UEFI which enabled us to get our 4.5GHz overclock. The ASRock UEFI has always been a pleasure to use, it may not look the coolest or have any fancy animation but it is very straightforward and easy to navigate.

I was happy with the Sound Purity 3 on-board sound card, the audio was clear with good stereo separation and good definition, all this mixed with acceptable amount of bass. You would not want to switch from your dedicated sound card, but it is acceptable to use if you were without one (for a short time).

The Fatal1ty Z170 GAMING K6 motherboard is adorned with a logo of a Praying Mantis, ASRock don’t need to pray, because the K6 has it all; Gaming Armor, Bios chips, Debug LED, USB 3.1, AMD Crossfire technology, Nvidia SLI ready and that great price…

The ASRock Fatal1ty Z170 Gaming K6 is a solid motherboard that performs as advertised. For starters, the board offers a very good selection of Intel Z170 chipset features; ASRock chose to make all the IO panel ports USB 3.0 directly from the PCH and still provided an internal USB 3.0 headers. ASRock also provided six Intel SATA 6G ports and four of them can be SATA Express. If you want a USB 3.1 front panel down the road, you can still use one because the USB 3.1 front panels all use SATA Express as their interface. ASRock also provided only one M.2 slot, which makes a lot of sense for a value gaming motherboard because high density M.2 drives are expensive and gamers are more likely to have one fast M.2 slot for OS and HDDs for game storage.